“I never knew that rearing goats could make me an entrepreneur and not just merely a shepherd.”

Bina* is 19 years old and lives with her family in a rural village in the Nuwakot district of Nepal. When she was 17, her father passed away putting the responsibility of sustaining the household on her. Forced to drop out of school, she began working as a farm labourer in the fields nearby.

“I suffered a lot physically as my body couldn’t do so much work. I had to bend down all day, planting seedlings or lifting heavy grains. My body would hurt everywhere but I had to work as the income from agriculture at home wasn’t enough."

Soon after her father passed, her brother was diagnosed with a stomach tumour. Bina had to work even longer hours to make the money to cover his medical treatment costs.

"We had to take out a loan for my brother’s treatment. We also received support from the principal of my school who coordinated with the hospital to organise my brother's treatment."

In 2019, during a door-to-door campaign, CLAMP staff and a Youth Change Agent (YCA) encouraged Bina to resume her education as she was identified to be in high risk of modern day slavery and human trafficking. Bina was apprehensive about starting schooling again as it had been a few years since she had dropped out however she expressed her interest in livelihood training, as she thought this could help build her skills to become financially independent.

After discussions with the ward office and CLAMP staff, and consultation with Bina and her family, Bina was offered a place in goat rearing training as part of the livelihood skills development programme under the CLAMP project.

“I never knew that rearing goats could make me an entrepreneur and not just merely a shepherd.”

Upon finishing the training, she sought help from the local community members to build a shed for goats. She received one goat from CLAMP but wanted to expand it further. As the family had no money to buy new goats, Bina and her mother approached a neighbour and borrowed three female goats - with the condition of returning them back with kids in the future. Within four months of rearing them, the goats gave birth to four kids - three female and one male. Bina sold the male goat after six months and returned the three female goats to her neighbour along with two kids as per their agreement. She now has two female goats – one of which is her own and the other provided by CLAMP. 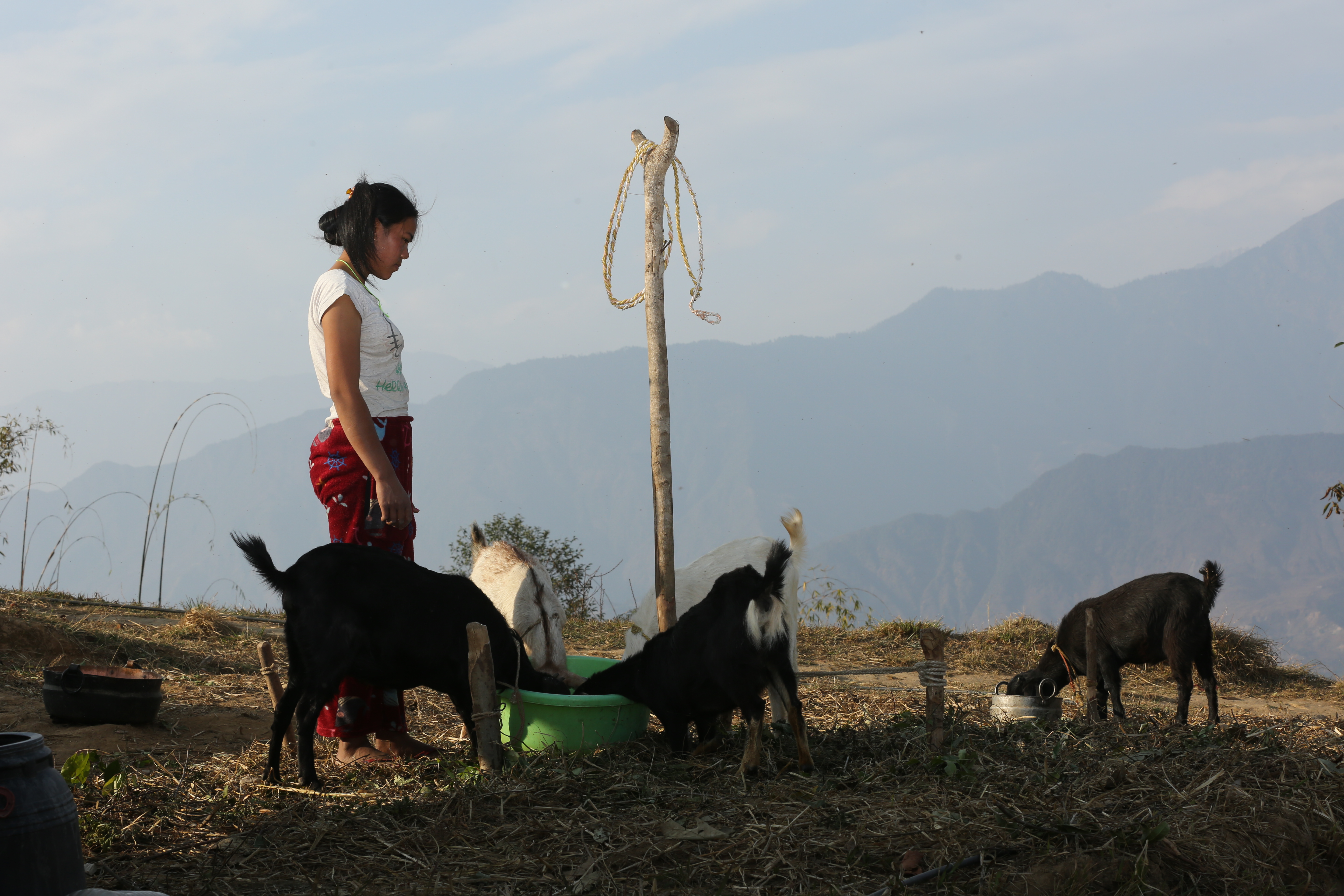 “I am determined to continue this business. It is helping me to repay the loan for my brother's treatment. My business has built my credibility and people are willing to provide me loans. I have been teaching the skills of goat rearing to my mother so she can help with the work. I now understand the vulnerabilities which expose us to harm and modern slavery, and if I come across any case of slavery or human trafficking in my local area, I will immediately seek CLAMP’s help.”