“Nazrul’s safety, healthcare, and education is all taken care of. My husband doesn’t give us a dime so it’s very important for me to be able to work. Nazrul is more respectful now and has also learned poem"

Nasima was born in Talbaria village in the south-west of Bangladesh. Her mother passed away when she was only five years old, so she could only study in a local school up to class 5. When she was 17, she was married to a man who was already married. She suffered abuse and torture throughout her marriage. She eventually divorced him and returned home. However, Nasima wasn’t welcomed there and so started working as a janitor in a hospital in Jessore and later as a domestic worker in Dhaka to make ends meet. 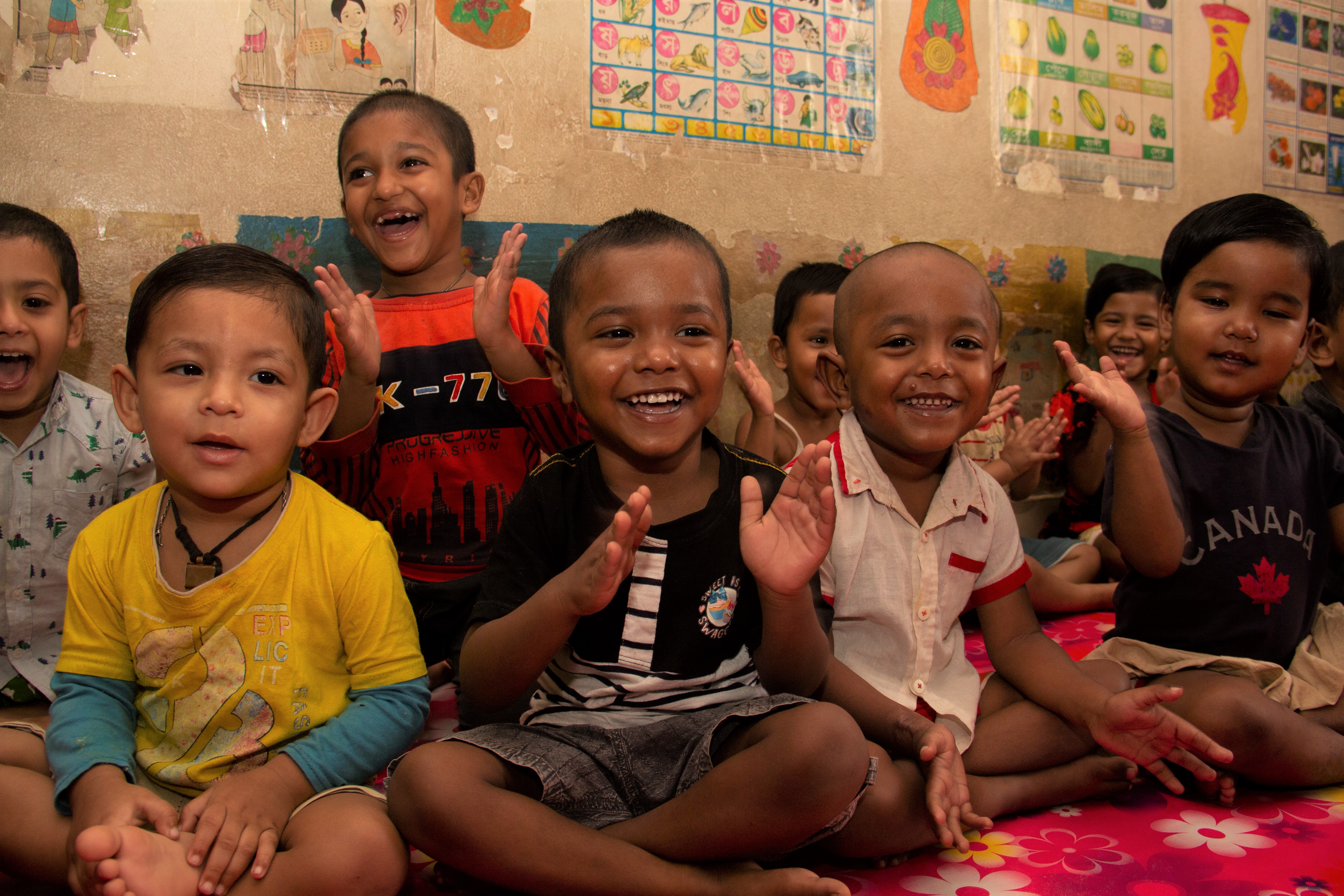 "In 2014, I remarried, this time I knew of the man’s first wife and children. When I had four consecutive miscarriages, he left me, and I was alone again.”

To get by, Nasima took a job as a helper in a garment factory in Dhaka. Within six months, she was promoted at work. Her husband returned in 2016 and Nasima had her first son, Nazrul* a year later. She left her job to take care of him, however, when her son was only 18 months old, Nasima’s husband left her again to live with his other wife. Nasima sent her son back to her village to live with a neighbour and started working as a domestic worker. She hardly earned 5,000 Bangladeshi taka (£47) a month, which was not enough to survive on.

“I had to bring Nazrul back to Dhaka due to his illness. For the first few days, I kept him at home and went to work. Later, I kept him at a neighbour’s who charged 1,000 taka (£9) per month to take care of him, however, it was a very unhygienic environment, and he wasn’t fed well."

Nasima got to know from a co-worker about Nagorik Uddyog’s day care centre, for the children of garment factory workers. She enrolled Nazrul there in March 2020 and was able to find a job at a garment factory soon afterwards. With Nazrul at the day-care, she is able to work and earn up to 13,000 taka (£123) a month.

“Nazrul’s safety, healthcare, and education is all taken care of. My husband doesn’t give us a dime so it’s very important for me to be able to work. Nazrul is more respectful now and has also learned poems. I dream that one day Nazrul will become a maulana and that I will be able to build a house for us in our native village.” ​