“I was regular at the centre and would receive training in tailoring. My teacher was very happy with my performance and efforts in education."

Rooni (name changed), is 14 years old and born in Dhaka. She is the eldest among three siblings. Her father owns a small cart and works as a vegetable seller. Earlier, her mother worked in a garment factory. Despite their financial struggles, Rooni’s father wanted her to get an education.

Rooni’s mother fell ill and had to quit her job at the garment factory. Rooni’s father had to take large loans for her medical treatment. Due to her mother being bed-ridden, things at home worsened and Rooni had to drop-out of school and start working at a printing factory instead. She worked as a helper and earned 5,000 Bangladeshi taka (£47) a month.

"I was very upset that I could not go to school anymore, but I had to earn to help my father.” 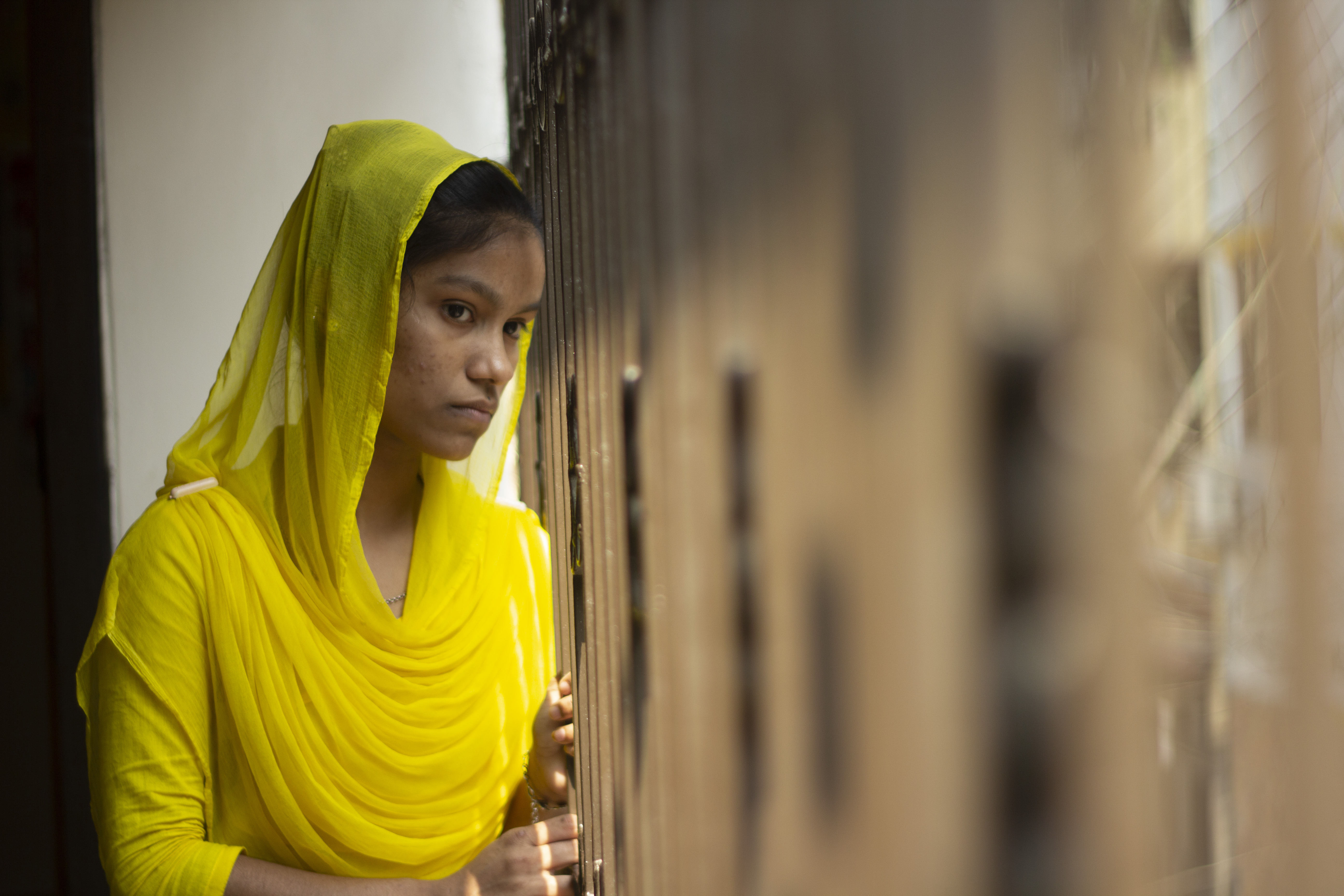 At the printing factory, she made a friend of her age, Halima. Halima told Rooni about Alor Mela, Nagorik Uddyog’s drop-in centre where children could study and learn. Rooni visited the centre and saw girls her own age studying, playing and engaging in other fun activities like sewing in the centre. After a week of exploring, she asked the staff to be enrolled. However, Rooni would have to be at the centre a few days a week which would have been difficult with her work commitment at the printing factory. Seeing Rooni’s interest, the teacher at the centre convinced Rooni’s father to let her enrol in classes, and she was able to leave her job and attend the centre.

“I was regular at the centre and would receive training in tailoring. My teacher was very happy with my performance and efforts in education. My mother even promised to buy me a sewing machine.”

However, soon her mother fell ill again and Rooni had to return to work and manage the household.

“I was sad to leave the centre, my friends and the routine there, but my family needed my support. Because of the training that I received at the centre, I was promoted at work and my salary increased from 5,000 taka to 6,500 taka (from £47 to £61).”

Rooni still visits the centre on Thursdays, which is her day off and meets her friends. She is determined to help her siblings complete their education.